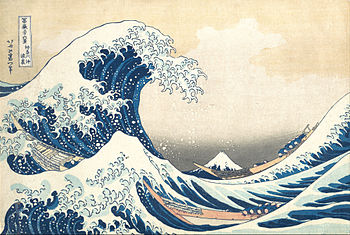 With the summer solstice recently passing and the beautiful days ahead of us in the months of July and August, I thought I’d share my secret recipe for a all killer no filler summer day. You probably could already guess some of the parts, but we are going to break it down from sunrise to sunset, and then some. Buckle up, let’s roll.

The timing on this one is tentative; if the waves are cooking it could be a little earlier. But factoring in all possible times I could wake up, I would say 7 o clock is the apex. Earlier and you might burn out during the day, and later you are just wasting away the day. While I don’t want to say my ideal summer day requires a hangover (because that sounds like signs of someone with a problem), it is always a little more fun reminiscing on the night before. Let’s say you went out and had a great time, and expected to unexplainably hungover, but came out unscathed and felt great the next morning. (If you are really hungover, check these tips.) Ideally, the next thing before immediately taking a dip would be acquiring some Joe. Most of the time, I make it at home, but if we were talking about the perfect day, I’d pick up an almond milk cappuccino from Vacancy Coffee. Great coffee a stone throw away from where I like to surf. Following after sucking down the nectar, it’s time to take a dip. The perfect situation is pumping toobies in some boardies. On a perfect day, this surf should cure any hangover left.

Post dip, its time to retreat back home and figure out the rest of the day. I’ll most likely just whip something up from my groceries for a brunch, but on occasion treat myself with something nice (probably a c’est si bon sandwich). After this we could be running it back for a second session if the waves are cooking or planning some sort of other outdoor activity. Most of the time it involves the beach, since it is so beautiful out this time of year. As the food settles, I get my scroll on and if it is Sunday I try and write something decent. On a perfect day, I write something good.

Now it’s time to hit the beach. While I am open to doing other things, it’s hard to argue against it. Maybe a skate or something we don’t do that often could substitute, but if I had to pick, we are hitting the beach. Ideally I’d be doing something that lets me tan but also not just be lying still, so maybe some bodysurfing or stand up boogie. I can’t think of the last time I went to the beach and didn’t try to catch a session, so boards are always at the camp. Now we just sit back and let the skin sizzle. On a perfect day, I don’t get burned.

Unless I am just locked at the beach, I either will return home and relax or try to go get a workout in. While it seems like this is a lot for one day, I’d rather always have something to do rather than thinking of things to do. It would definitely be a light workout, but it feels good to get a nice sweat especially if we hit it hard the night before. End it in the sauna and head on home. If no gym time is happening, I might lie in the hammock or rip some Skate 3 to pass the time. On a perfect day, I crush a workout AND have time to play some skate.

My favorite way to end the day is in the ocean. Nothing like surfing at sunset as the sun descends into the darkness. However, we have had ample beach time already this day, so I’d swap sunset surf with a sunset BBQ. After all this action throughout the day, I am going to need to refuel. While I sometimes just run it solo or with my roommates, I enjoy it most when we have a couple extras and just cook up a storm. Beers are optional, and I usually opt out depending on the amount of alcohol consumed over the weekend. On a perfect day, the chicken doesn’t get too crispy.

At this point I am either laying in bed on my laptop or fresh out the shower getting ready to start sipping. On a perfect day, I’ll take either option.

One thought on “The Perfect Summer Day”